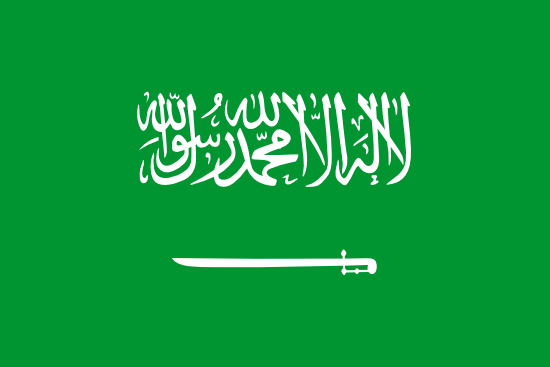 Saudi Arabia is a monarchy with a Sunni Muslim constitution, located on the Arabian Peninsula in southwest Asia. The country borders Jordan, Iraq, Kuwait, the Persian Gulf, Bahrain, Qatar, the United Arab Emirates, Oman, Yemen and the Red Sea. 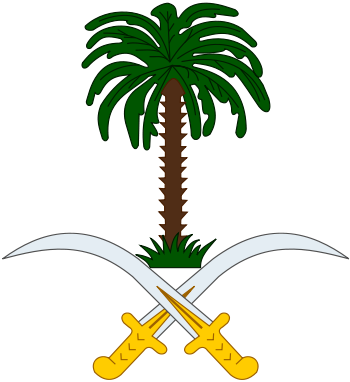 Islam was born in the country, and its two holiest sites, the Kaaba in Mecca and the tomb of the Prophet Muhammad in Medina, are located in Saudi Arabia, which is why hundreds of thousands of pilgrims from all over the world make pilgrimages there every year. The Wahhabi movement in Islam is the state religion. Saudi Arabia underwent a major change in the 1930s, when oil was found. Today, the country is the world’s leading oil exporter and has the world’s largest oil depots.

As much as 98 percent of the country is covered by the desert, and is largely uninhabited. All residents of Saudi Arabia have free medical care.

The following objects in Saudi Arabia are inscribed on the UNESCO World Heritage List.
The year in which the item was added to the list is indicated in parentheses.

Jeddah is Saudi Arabia’s second largest city, with a population of 3.4 million (2007). 4.5 million residents live in the entire metropolitan area. The city is located on the shores of the Red Sea, and is an economic and administrative center. The city is home to the country’s most significant port and one of the world’s largest and most modern airports. Most pilgrims who make the pilgrimage to Mecca pass through Jeddah.

Mecca is a city in Saudi Arabia located 75 kilometers east of the Red Sea port city of Jeddah. The city is a place of pilgrimage for Muslim pilgrims. Here is the Kaba Temple, the holiest site in the Islamic world, which stands in the open courtyard of the Masjid-ul-Haram Mosque. The city has 1.7 million residents (2007).

Medina is a city in Saudi Arabia, with a population of 1.3 million (2006). The city is most important as one of Islam’s most important places of pilgrimage and is the Muslim world’s holiest city after Mecca. The city was formerly called Yathrib, before the name was changed to Medina, which according to some sources means the city of the Prophet.

Like Mecca, Medina is a no-go area for non-Muslims. Medina was from 622, when Muhammad emigrated there from Mecca, to 658, when Caliph Ali moved to Kufa, the capital of the Islamic empire.

In Medina is the second most important shrine in the Islamic world after the Kaaba in Mecca, Masjid al-Nabawi, the Prophet’s Mosque, which contains the tombs of Muhammad, his daughter Fatima and the first two caliphs of Abu Bakr and Umar ibn al-Khattab. Next to these is also an empty sarcophagus intended for Jesus when he returns at the end of time.

In 1924, Medina, which had belonged to the Ottoman Empire for several hundred years, was conquered by Ibn Saud, who later became the first king of Saudi Arabia.

According to Countryaah, Riyadh is the capital and largest city of the Kingdom of Saudi Arabia. The city is located in the central part of the Arabian Peninsula on a large plateau, and has 4.7 million residents (2007).

The Kingdom Center is the tallest building in Saudi Arabia and also one of the tallest in the world. The building is 302 meters high, has 97 floors and 2 floors underground. There is a large shopping center in the building, but also a Four seasons hotel. One of the most distinctive things about the building is the large glass bridge at the top of the skyscraper.