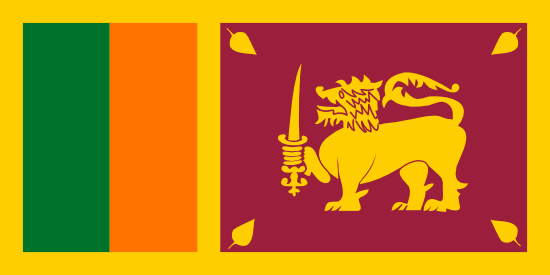 Marco Polo described Sri Lanka as the most beautiful island in the world. The country was one of the first Swedish charter destinations outside Europe, and a popular destination in the 1970s. After being hit hard by both the civil war and the tsunami, tourists are now slowly returning. 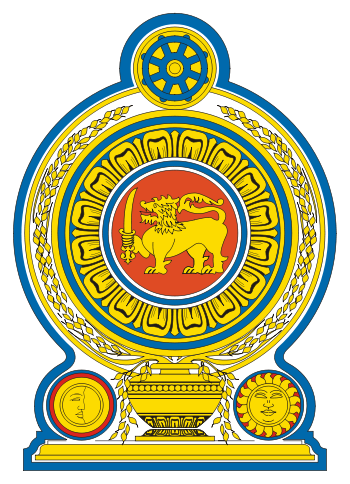 Sri Lanka offers a fascinating blend of colonial history, cultural heritage and beautiful scenery. There are still many exotic sites to discover, such as rainforests with traces of ancient civilizations and impressive ruined cities such as Anuradhapura, Polonnaruva and Sigiriya – all listed on the UNESCO World Heritage List.

Until 1972, Sri Lanka was called Ceylon, and consists of the large main island and several small islands off the south coast of India. Öriket is separated from the neighboring country by the narrow and shallow Palksundet. Both the food and the culture have great influences from India.

When Sri Lanka became independent in 1948, the 800,000 Tamil people were deprived of their citizenship by the Sinhalese majority government, and they also lost their right to vote. Sinhalese was named the only official language.

Discrimination triggered a series of violent clashes between ethnic groups, and in 1983 the uprising culminated in a civil war between government forces and the Tamil militia. The Tamils ​​demanded an independent state in the north and east of the island, and the situation was further aggravated by Marxist Sinhalese separatists, who wanted to overthrow the government. The Civil War lasted for 26 years and ended in 2009. The

films “Indiana Jones and the Temple of the Damned” and “Bridge over the River Kwai” are both largely shot in Sri Lanka. The famous science fiction writer Arthur C Clarke lived in Sri Lanka from 1956 until his death in 2008.

The following objects in Sri Lanka are inscribed on the UNESCO World Heritage List.
The year in which the item was added to the list is indicated in parentheses.

Colombo is the largest city and commercial hub of Sri Lanka. The city has 642,163 residents (2001). The metropolitan area has 2.3 million residents.

Colombo was formerly the country’s capital, but in the 1980s the capital was changed to Sri Jayawardenepura Kotte, located on the eastern outskirts of the city. Most countries still have their embassies in Colombo. The two World Trade Center towers have become Colombo’s most famous landmark in recent years. Before the two towers were completed in 1995, the nearby Bank of Ceylon Tower was the tallest building in Sri Lanka and the most recognizable landmark in Colombo.

The city is known for its nightlife and is sometimes referred to as “South Asia’s Las Vegas”. The city has several casinos, bars, nightclubs and pubs. In Sri Lanka, you can sell alcohol every day, except at full moon when it is forbidden.

Kandy is a city in central Sri Lanka with 161,395 residents (2001). Kandy is usually called “Nuwara” in Sinhalese, which means “city”. The city was founded in the 14th century and was formerly the capital of the kingdom in the central part of the island. The city’s most famous building is the Sri Dalada Maligawa Temple. Five kilometers outside Kandy is the large Royal Botanic Gardens Peradeniya.

The city was inscribed on the UNESCO World Heritage List in 1988.

The city was the capital of the old kingdom of Kotte between the 14th and 16th centuries. It was founded on the Diawanna Oya River in swamps, as a fortress against invasions from the Kingdom of Jaffna in the 13th century. The Portuguese arrived on the island in 1505 and in 1565 they controlled the city. When the city was attacked several times from the neighboring kingdom, it was eventually abandoned by the Portuguese, who made Colombo their new capital.

The urbanization of Sri Jayawardenapura began in the 19th century, when the archaeological remains were demolished and began to be used as building materials, including to build a bridge over the river Kelani. In 1977, it was decided that the capital would be moved there, after which parliament buildings began to be built on Duwa, a 50,000 square meter island in the middle of an artificial lake created by dredging. The process of moving government buildings from the former capital Colombo is still ongoing.