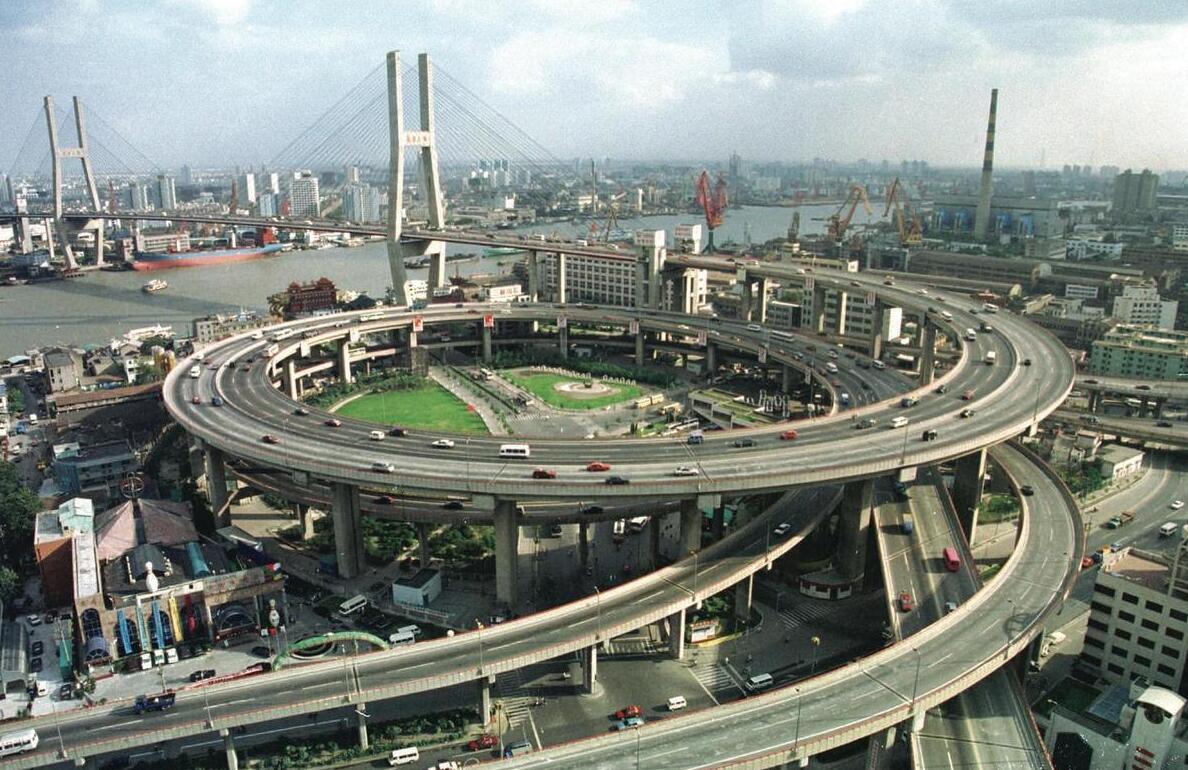 China’s infrastructure was greatly expanded during the reform period of the 1980s. Nevertheless, the infrastructure must still be regarded as poorly developed, and it therefore acts as a brake on economic development. The main weaknesses are the energy grid, the transport network and the telecommunications. 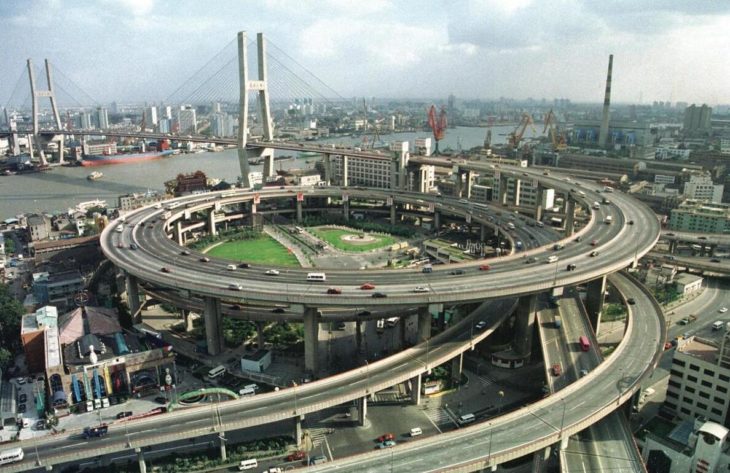 The Nanpu Bridge over Huangpu connects the Pudong district with the rest of Shanghai. The city’s new international airport is located in Pudong.

The railways were long the very backbone of the transport network. The first Chinese railway was built in 1876 between Shanghai and the port of Wusung. In the early 1900s, several other lines of foreign capital were built, and the rail network in 1943 had a total length of about 30,000 kilometers. In 1950, only about 22,000 kilometers of railways were in operation, and before the first five-year plan concentrated the effort to repair the existing lines. From the mid-1950s a number of new main lines were built. During the time of central planning, large key factories for military strategic reasons were often located both far from the raw material supplies and far the recipients of the finished goods. The railway therefore played a major role in the transport of raw materials (especially coal)), semi-finished and finished goods. The extensive freight transport has put considerable strain on major transport hubs (where Beijing is the most important) and which is still a problem.

Since the 1980s, the rail network in the Shanghai region, Guangzhou-Hong Kong region and Beijing region has been significantly modernized. In addition, several new lines are being built or under construction (including Beijing-Kowloon and Beijing-Shanghai). A strategic line to Lhasa in Tibet ( Tibet Railway ) was launched for strategic reasons in 2001, and it was opened for passenger traffic in 2007. The railway network in 2018 had a total length of 131,000 kilometers, of which approximately 80,000 kilometers with electrical operation. 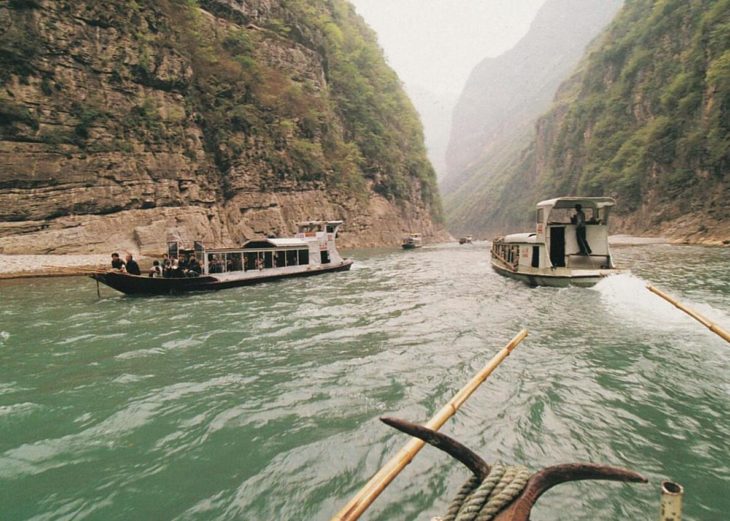 From Da Ning, one of Chang Jiang’s tributaries. China’s rivers and canals are the lifeblood of the country’s transportation system.

A nationwide road network was first developed in the 1980s. In 2003, the road network had a total length of 1,800,000 kilometers, while in 2017 it had increased to 4,960,600 kilometers. The Manjury Plain and the North China Plain generally have the densest road network. Since the early 1980s, many highways have been built in Guangdong, the Shanghai region and northeastern China. The number of cars (24 million civilian vehicles of which 8.5 million privately owned passenger cars, 2003) is increasing rapidly in the major cities; especially in Beijing, Shanghai and Guangdong. Outside of these places, motorized transport is still mostly municipal where buses and taxis are more common than private cars. The use of bicycles is very widespread.

Shipping has from ancient times followed the great rivers, and has been the most important link between different regions. In 2011, the inland waterways had a total length of 110,000 kilometers. Chang Jiang and its tributaries alone account for 40 percent of the length of the inland waterways. During the flood season, the river is navigable for seagoing vessels up to 10,000 tonnes up to Wuhan in Hubei and 6,000 tonnes up to Yichang, while special vessels of up to 3000 tonnes can penetrate up to Chongqing. Northern China has fewer navigable rivers, but the Imperial Canal, Chinese Da Yunhe, between Beijing and Hangzhou has been improved so that it has again become usable as a transport year.