The country is considered to have a well-developed road network, with 16,000 km of roads. Benin is an important transit country for neighboring Niger. The railway network covers 580 km.

The total road network in 2008 included 92,500 km of roads, of which 4,300 were paved. However, the quality of the roads is low, and it was not until the 1980’s that the first all-weather road to Niger (169 km) was constructed. At that time, the railway network covered 620 km. Major projects for road and rail improvements are being implemented with the aid of development aid.

According to COUNTRYAAH, Burkina Faso is a country located in Western Africa. There are two international airports in the country: Ouagadougou and Bobo-Dioulasso. 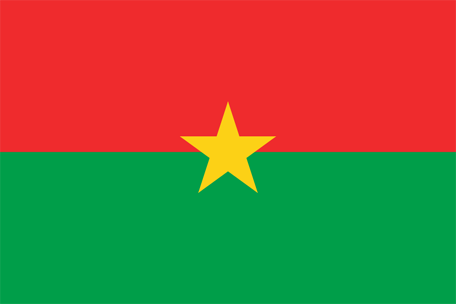 Just over 1,100 km by rail, Abidjan joins Ouagadougou in Burkina Faso. In the country there are 80 400 km of country road, of which about 10% are paved. Roads are in great need of maintenance, and in many places roadblocks exist where different militia groups require travelers on customs. 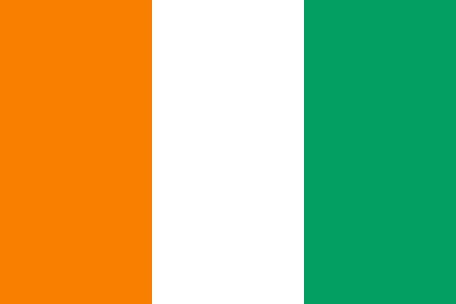 The deep harbor in Abidjan is one of the largest in West Africa. The country’s timber exports have been handled since 1971 by the specially designed harbor in San Pédro. Abidjan, Bouke and Yamoussoukro have international airports.

The Gambia communications network is based on the country’s location around the lower Gambia River. Ocean-going vessels can reach Kuntaur 240 km from the estuary. Smaller draft vessels reach Georgetown 283 km from the estuary, and riverboats reach Fatoto 464 km upstream. The port of Banjul has been expanded and modernized. However, the river is underutilized as a transport route as the country’s natural trade area is cut off due to the border with Senegal. 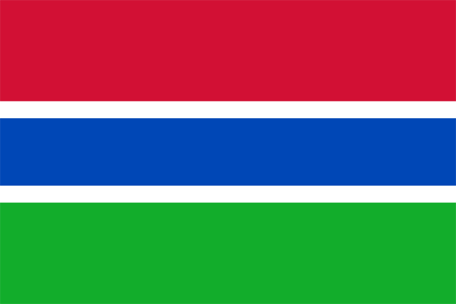 The road network is little expanded; In 2010, there were 3,700 km of roads. Outside Banjul lies the international airport Yundum, which was expanded in 1989 with funds from NASA to serve as a backup runway for US space shuttles.

Ghana has 650 km of railway, which forms a triangle between Accra-Tema, Kumasi and Sekondi-Takoradi. However, problems with the maintenance of the railway network have led to most of the transport being done by road and that the railroad has been dependent on government subsidies since 1976. Internal distribution systems have also been adversely affected by a lack of spare parts. 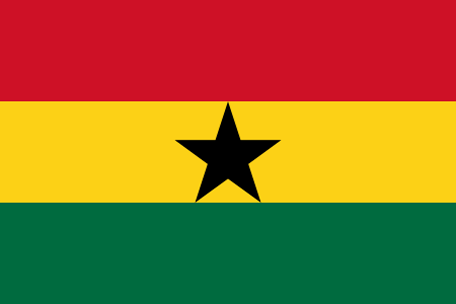 Despite major maintenance problems since the 1960’s, the road network maintains relatively high quality. There are a total of 9,200 km of roads, of which 4,260 are classified as primary roads.

Artificial deep ports can be found in Takoradi and in Tema. Kotoko International Airport is located near Accra.

The quality of the road network in Guinea is considered insufficient, and since independence the roads have deteriorated due to lack of maintenance. In 2010, there were 44 300 km of roads, of which only 4,050 were paved. In order to improve the transport system, a new road has been built between Conakry and Nzérékoré; the first stretch, to Mamou, was opened in 1988. The rail network is better developed. Deep ports are found in Conakry and Kamsar. International Airport is located in Conakry. 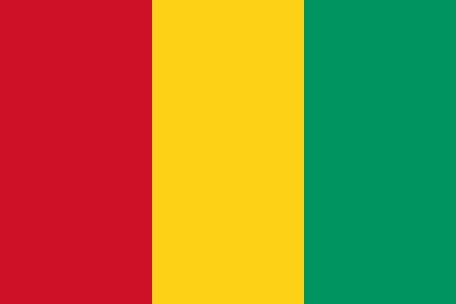 During the Civil War, 3,400 km of roads were built in Guinea-Bissau for strategic reasons, of which 540 km were paved. Despite this, the road network is considered to be poor, and transport problems arise during the rainy season. There is no railroad in Guinea-Bissau, but the opportunities to develop water transport are great as 80 percent of the population lives within 20 km of a navigable waterway. In 1987, a project was completed to improve the capacity of the port of Bissau. In Bissalanca outside the capital there is an international airport. 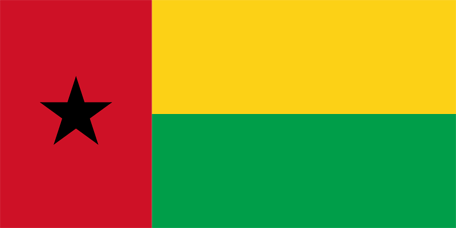 In 2010, the road network covered 10,600 km, of which 2,000 were classified as main roads. A new road was opened in 1988 between Monrovia and Freetown in Sierra Leone. In the country there are 490 km of railways, which are mainly used for transport of iron ore and timber. The network is divided into three different paths, which run from the port cities of Monrovia and Buchanan inland to important mining sites. 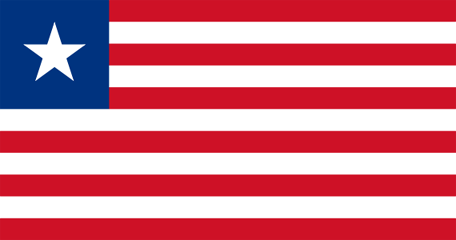 Due to the country’s liberal rules for ship registration (convenience flag), the merchant fleet in 2006 amounted to 2,500 vessels, but none was owned by Liberians. The main ports are Monrovia, Buchanan, Greenville and Harper. International airport is between Monrovia and Buchanan.

After independence, great efforts were made to expand the road network. In 2010, the country had 22,500 km of roads, of which 6,000 were classified as main roads. Of the total road network, however, only 2,000 km were paved. 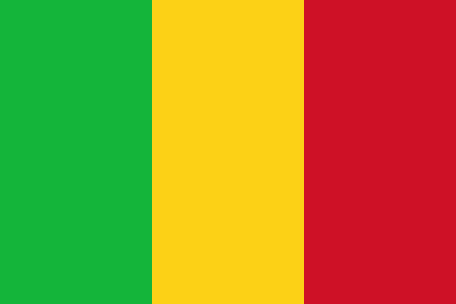 Mali’s only railway covers 600 km and runs from Koulikoro via Bamako to the Senegalese border, from where it continues to Dakar in Senegal. During the rainy season, there is some river freight on the Niger and Senegal rivers. Mali’s only international airport is outside Bamako. In addition, there are approximately 50 additional airports for domestic traffic.

Mauritania’s transport network is poorly developed due to long distances, sparse population, poverty and natural obstacles, such as migratory dunes. The country’s only railway is the ore between Zouérate in the northwest and the port of Nouadhibou. 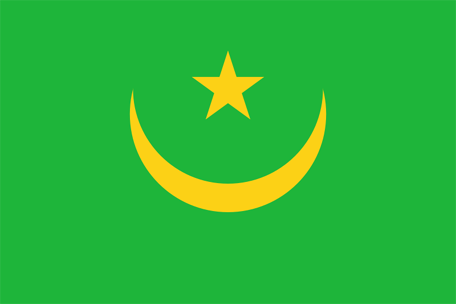 In 2010, the country had 11 100 km of country road, of which 2,000 km paved. The transmauretan highway between Nouakchott and the densely populated areas in the south was inaugurated in 1985.

Nigeria has a relatively well-developed transport system, but maintenance is neglected. The road network previously had a distinct north-south pattern, which reflected the colonial trade structure. In modern times it has got a more complex pattern, which binds the different states together. About 95 per cent of all transport takes place by road, mainly to and from the major ports. In 2010, the road network covered 193 200 km, of which 25 per cent was paved. The railway network covers 3,800 km. Malfunctions are common. 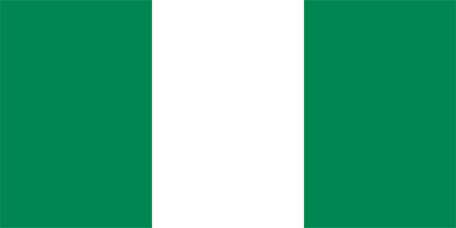 The Niger River is navigable year-round to Onitscha, and the waterways (mainly lagoons in the coastal area) cover 6,400 km. The main ports are Apapa and Tin Can Island (Lagos), Port Harcourt, Warri, Sapele and Calabar. The most important oil ports are Bonny and Burutu. Nigeria has more than 20 domestic airports and two international ones: Ikeja (Lagos) and Kano.

Niger lacks rail, and the road network is insufficient despite extensions. In 2010, there were 19,000 km of road, of which 3,300 km were covered. The Parakou-Cotonou railway in Benin is jointly owned by Niger and Benin. Agadez is an important hub on the Trans-Saharan highway to Algiers. The 650 km long “uranium road” between Arlit and Tahoua was opened in 1981. 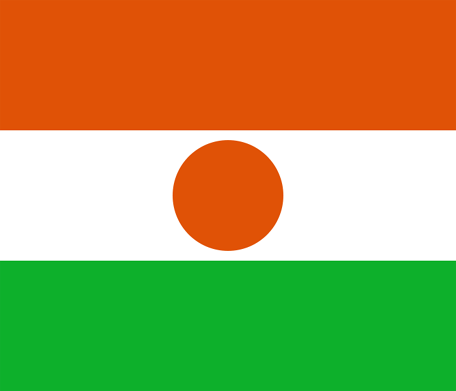 Niger has 27 airports, of which two are international: in Niamey and in Agadez.

Senegal is an important traffic hub in West Africa. The port of Dakar is one of the largest and most modern in the area. Both rail networks (900 km) and highways (15,000 km, including 3 900 paved roads) are well developed. International airport is located in Dakar-Yoff. River traffic is also important. 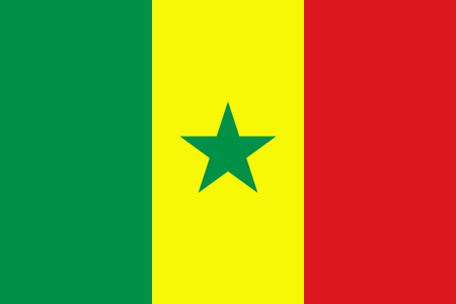 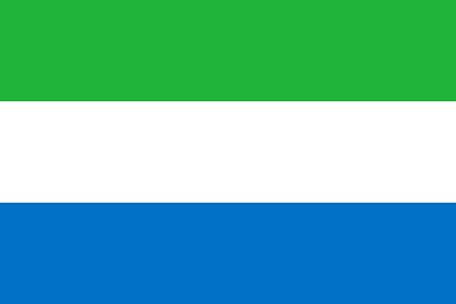