Turkmenistan is located in southwestern Central Asia and borders Afghanistan, Iran, Kazakhstan and Uzbekistan, as well as the coast of the Caspian Sea. The area has been populated since ancient times. 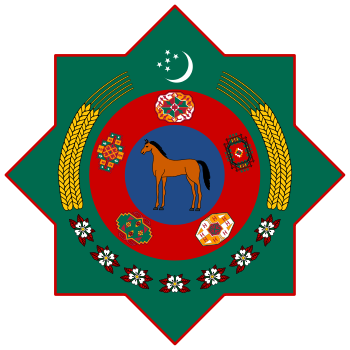 Alexander the Great conquered the area in the fourth century BC. on the way to India. 150 years later, the Parthians established their kingdom in Nisa, an area now located in the suburbs of the present capital, Ashgabat. During the 6th century, the Arabs conquered the region, bringing with them the Islamic religion and embracing the Turkmens (these are mentioned from the 10th century) in Middle Eastern culture. It was around this time that the Silk Road emerged again as a significant trade route between Asia and Europe. The region soon became known as the center of the great Khorasan when Caliph al-Ma’mun moved his capital to Merv.

In the middle of the 11th century, the Seljuk cultivators concentrated their forces in the area on Turkmenistan in an attempt to expand into Afghanistan. The seal kingdom collapsed during the second half of the 12th century. The area lost its independence to the Mongol Empire when Genghis Khan in the early 13th century took control of the area east of the Caspian Sea on its way west. From the middle of the 13th century until the 1330s, the region was subject to the Mongol ilkhans in Persia. It was conquered in the 1370s by Timur Lenk and then came to be subject to the Timurids through the 15th century. While the Turkmens in the 16th century constantly fought clan wars, the area was sought after by both the Uzbeks in the north and the Safavid dynasty in Persia; the latter eventually succeeded in uniting the Turkmen tribes, but the Turkmen remained largely independent,

The area was conquered by Russia between 1865 and 1894 after it was separated from Persia. The Khanates of Chiva and Kokand, as well as the emirate of Bukhara, were conquered in 1865-1873, whereupon the Turkmens, previously united under the Tekke tribe, were defeated; in 1881 the Gök-Tepe fortress fell to the Russians during major Turkmen losses, which led to Merv being captured in 1884. In 1885 the area had been annexed and in 1895 Russia concluded an agreement with Great Britain in which the border was determined. During the Russian administration, Russian settlers moved in and the country was cultivated and connected by rail to Russia.

During the Civil War after the Russian Revolution of 1917, the country was ruled by the Trans – Caspian Provisional Government, which fell to the Red Army in 1920. In 1921, the Turkmen Oblast was formed as part of the Turkestan ASSR. In 1925, this was transformed into a Soviet sub-republic, the Turkmen SSR; at this time, the current borders of Turkmenistan were established.

In 1991, the country declared independence. Saparmurat Nijazov, who was elected president the year before the declaration of independence, remained president until his death in 2006 and was the subject of a cult of personality. The former Communist Party retains much of its power and influence, although some liberalisations of the economy have taken place. Former political opposition parties have been declared illegal. There are some small opposition movements, which operate underground or from abroad.

Turkmenistan has implemented cautious economic reforms, and hopes that sales of cotton and gas will develop the economy. Problems that hinder this development include widespread poverty (35 percent of the population is poor), a large external debt and the government’s unwillingness to introduce more market-oriented reforms. Uncertainty about Turkmenistan’s economy is high, as economic statistics are state secrets. Privatization remains limited.

The following objects in Turkmenistan are listed as a UNESCO World Heritage Site.
The year in which the item was added to the list is indicated in parentheses.

Electricity and electrical outlets in Turkmenistan

According to Countryaah, Ashgabat is the capital of Turkmenistan, with 797,900 residents (2005). An earthquake in 1948 destroyed large parts of the city. Two-thirds of the population, about 110,000 people, lost their lives in the earthquake. Ashgabat produces textiles, glass, food and metal products, and also has a significant film industry.