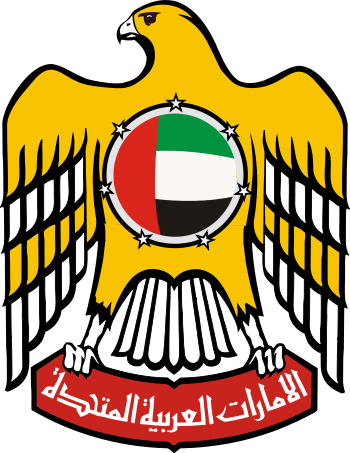 The boundaries between Saudi Arabia and the United Arab Emirates from 1974 and 1977 were never made public, therefore the exact border between the countries is known only to the respective governments.

There is an Omani enclave inside the United Arab Emirates, called Madha, and is located halfway between the Musandam Peninsula and the rest of Oman, on the road between Dubai and Hatta in the Emirate of Sharjah. It covers about 75 km2 and the border was decided in 1969. Inside the enclave there is an exclave to the United Arab Emirates called Nahwa, this also belongs to Sharjah. The exclave is located about eight kilometers west of the city of New Madha, and consists of about 40 houses and a local hospital and telephone exchange.

The economy is dominated by oil extraction and trade. Surpluses from the oil industry have been invested in infrastructure and are used to pay for public spending on health care, education and defense instead of taxes. The remaining surplus has been invested in large government oil funds that invest in securities and real estate within and outside the country.

The following objects in the United Arab Emirates are listed as a UNESCO World Heritage Site.
The year in which the item was added to the list is indicated in parentheses.

Electricity and electrical outlets in the United Arab Emirates

Dubai can either refer to one of the seven emirates that make up the United Arab Emirates on the Arabian Peninsula or the capital of the emirate, sometimes called “Dubai city”, to separate them. Arabic has been the official language since 2008, while English is the lingua franca. All road signs are in both English and Arabic, but the cars’ registration numbers are now only in Latin letters and numbers.

Dubai has the world’s three tallest hotels: Jumeirah Emirates Towers (309 meters), Burj Al Arab (321 meters) and Rose Tower (333 meters). The Burj Dubai Skyscraper is the tallest building in the world. Dubai has one of the world’s largest indoor ski slopes, Ski Dubai, which is 400 meters long and 85 meters high.

The World is an artificial archipelago consisting of 300 islands that together form a world atlas. The archipelago was completed in January 2008 and is located 4 kilometers off the coast of Dubai. The world atlas, which is built approximately on a scale of 1: 3000, is 9 km times 7 km in size and is surrounded by a 27 km long breakwater. The total coastline is 230 km.
Dubai’s economy is driven by trade, financial services and tourism. Trade has a long tradition in Dubai as an important port for Western producers. Today, the port of Jebel Ali, built in the 1970s, is the largest built port in the world. Dubai is also in the process of becoming a regional center for IT and finance through so-called free zones such as the Dubai Financial Center and Dubai Internet City. The major investment in tourism through giant projects such as Dubailand makes tourism an increasingly strong source of income.