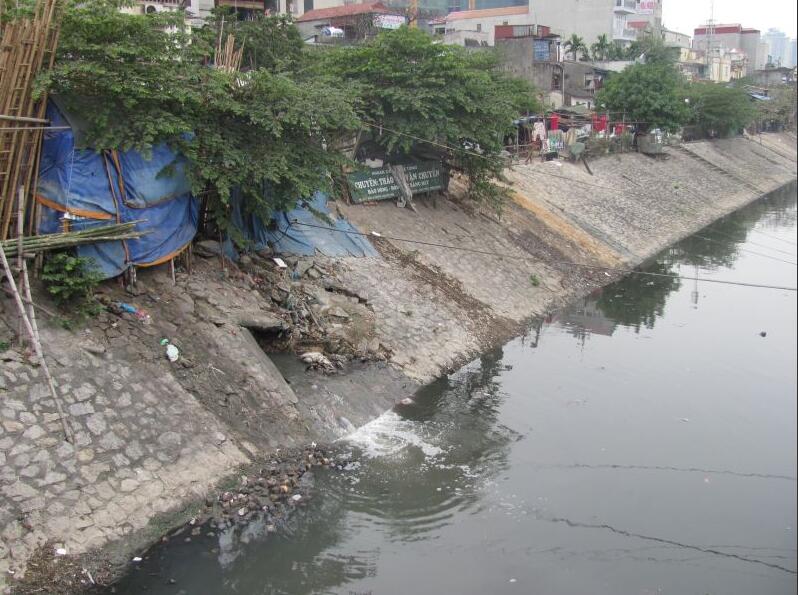 In the wake of đổi mới, the Vietnamese economy developed a considerable dynamic; however, this is associated with serious environmental pollution. Although the Vietnamese government has passed a number of laws on environmental protection in recent years and is committed to sustainable development, it is still lacking in practical implementation.

According to a2zgov, the air pollution in cities like Hanoi is a major problem and for many respiratory diseases responsible. For example, in 2017 the air in Hanoi was only clean on 38 days. According to Air Visual data, Ho Chi Minh City and Hanoi ranked 1st and 3rd in the list of cities with the highest levels of air pollution in the world in September 2019, respectively. At the beginning of October 2019, air pollution in the capital reached such levels that the authorities advised the population not to leave the house if possible.

In addition to factories near Hanoi, the poor air quality is also due to the approx. 26 million mopeds that are on the Vietnamese roads and sometimes “pollute” the air. Whether a plan by the Hanoi city administration to abolish all mopeds by 2030 can be implemented and even makes sense in this context is questionable.

In the course of the reform policy, the production of garbage has increased massively. There are already civil society initiatives to raise awareness for more environmentally sustainable waste disposal, but this is certainly a longer process.

According to the Vietnamese Ministry of Science and Technology, almost 50% of the wastewater in the country’s industrial zones is discharged into rivers without treatment. The rivers in the south such as the Dong Nai, but also the Mekong, are particularly affected.

In October 2019, around one million Hanoi residents were without clean water for days because strangers had disposed of oil at the water source. The whole affair once again made it clear that the supply of the population with clean water is not guaranteed and the responsibility of the various provinces and state and private companies for the water supply in Vietnam has not yet been clarified.

In April 2016, a devastating fish death broke out in the waters of central Vietnam, the causes of which were not yet clear. It was only at the end of June 2016 that the Vietnamese government announced the results of an investigation, according to which a steel factory of the Taiwanese group Formasa in Ha Tinh caused this environmental disaster by disposing of toxic chemicals.

The Ha Long Bay, classified since 1994 as World Heritage Site, is of pollution affected, caused among others by the coal mining in the bay. Although many tourists are still impressed by the beauty of Ha Long Bay, they are just as appalled by the extreme degree of pollution of the water. The latter, however, is also due to the fact that the garbage and other residues that arise from the high number of tourists are directed directly into the bay.

As part of a pilot project in 2012, a system for cleaning mine water was completed with German support, which is intended to reduce the pollution of the region from coal mining.

A particularly blatant environmental problem in recent decades has been the rapid decline in forest stands, which can be traced back to various causes. Meanwhile around 32% of the area of Vietnam is again forested – a result of targeted reforestation measures by the Vietnamese authorities in cooperation with foreign forest experts. German development cooperation is also involved in this area: one example is a project in the Phong Nha Ke Bang National Park in central Vietnam. However, illegal logging is still widespread. There is also evidence that the Vietnamese army is involved in the smuggling of wood from Laos.

The felling of hundreds of trees in the capital Hanoi, famous for its boulevards, sparked massive protests among parts of the public. In response, the city council initially put the plan to cut down around 7,000 trees “on hold”.

In addition, the coastal areas of Vietnam in particular are severely affected by climate change. The Mekong Delta in particular is threatened by rising sea levels. The coastal protection is therefore of great importance. There are also plans to strengthen flood protection in Ho Chi Minh City, which is largely just one meter above sea level. In addition, overfishing and the construction of dams in Laos and China pose problems for the Mekong Delta, which affect not only Vietnam but also other neighboring countries.

However, climate change affects not only the south, but also the other parts of the country – in winter 2015, snowfall was observed in some places in central and south Vietnam for the first time in living memory.

In response to climate change, Vietnam adopted a “National Strategy on Climate Change” in December 2011.

Much of the mangrove forests that traditionally protected the Mekong Delta from flooding have been cleared in recent years to make way for shrimp farms. In addition to reforestation, environmentally friendly shrimp farming should now solve the problem – antibiotics are being used on a massive scale in many shrimp farms.

Since vegetables are often heavily polluted due to the excessive use of pesticides, organic vegetables have also been grown for some years. 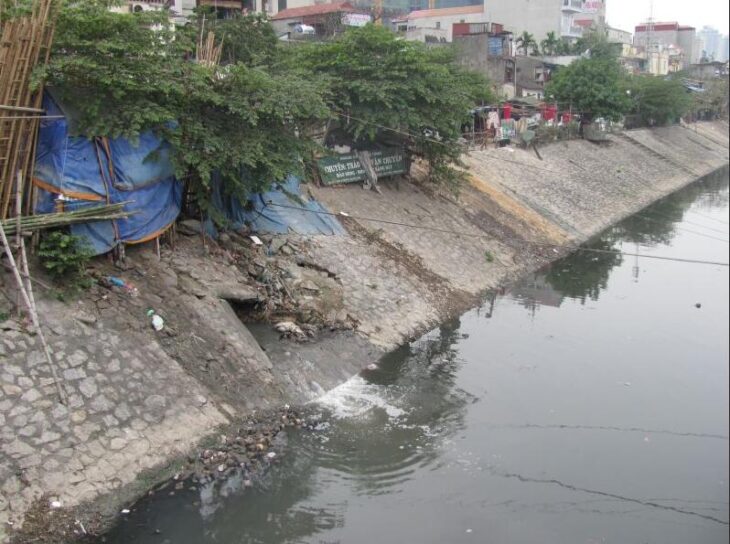