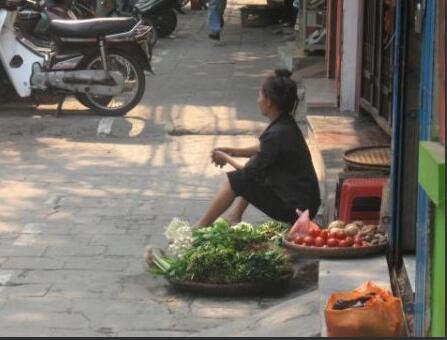 The Vietnamese economy boomed with a brief interruption during the Asian financial crisis and achieved consistently high growth rates of 7-8%. Above all, the private companies that arose in the wake of đổi mới, the reform policy introduced in 1986, contribute to this.

After stable high growth rates, however, the Vietnamese economy began to falter a few years ago. Overheating has been observed in many areas since around the beginning of 2008 – experts speak of one of the greatest stress tests for the Vietnamese renewal policy so far: the inflation rate officially rose to 27% in July 2008, the trade deficit widened sharply, the young stock market on which many nouveau riche Vietnamese speculate and fell by almost 50% in a few months.

Overall, according to experts, Vietnam has weathered the economic crisis well, but the growth rate fell to 5.3% in 2009 and then rose to 6.8% in 2010. According to official information, economic growth in the first nine months of 2011 was 5.7% and was thus slightly lower than in the same period of the previous year. However, concerns are the rise in the trade deficit and the weakness of the dong, which has led to a flight into gold.

As a result, the inflation rate rose again. The prices for consumer goods rose by over 17% in April 2011 compared to the previous year. In August 2011, the consumer price index rose by 23%, the largest increase in all of Asia. In January 2012 the inflation rate fell to around 10%.

In 2012 economic growth fell to around 5% and investment commitments decreased by 14%. The negative development stopped in 2013 when Vietnam achieved economic growth of 5.4%.

In 2014 the country achieved the highest economic growth in four years at just under 6%. However, Vietnam continues to struggle with a very high debt ratio, which is partly due to the bursting of the real estate bubble a few years ago.

Overall, the Vietnamese economy has been showing clear signs of recovery since 2014. Foreign investments increased – many companies relocated their production, for example from China to Vietnam. In 2015, Vietnam achieved growth of 6.7%.

In the first half of 2016, growth fell slightly to 5.5% compared to the same period of the previous year – the reasons for this were probably the mass fish deaths in central Vietnam and the persistent drought in the Mekong Delta. Overall, the economic growth in Vietnam in 2016 was 6.2%. In 2017, economic growth of 6.8% even exceeded the expectations of the Vietnamese government.

It is to be expected that the Vietnamese economy will also be massively hit by the coronavirus in 2020. This is particularly true of the service sector, while other sectors such as electronics and the pharmaceutical and healthcare industries even saw growth in the first quarter of the year. Overall, however, the Vietnamese economy has done very well in a regional comparison, even if the IMF only forecast growth of 2.7% for the current year. However, the Vietnamese Prime Minister Nguyen Xuan Phuc was more optimistic- he is assuming 5% growth for the current year. In his prognosis, he is supported by observers who rate Vietnam’s successful fight against the coronavirus as a turning point in Vietnam’s economic development. In this way, the confidence of foreign investors in the country’s performance has been strengthened. Whether the Vietnamese economy will recover after the corona pandemic, however, also depends on whether it can make the structural adjustments that are now necessary in order to generate high economic growth in the long term.

According to internetsailors, Vietnam is the largest exporter of robusta coffee and has seen its exports increase year on year. The competition on the Vietnamese coffee market is now great. The largest local café chain Trung Nguyên not only has to face the battle with global coffee company Starbucks, which has also discovered the Vietnamese market, but also has to compete with new local brands.

The Vietnamese textile industry has developed rapidly since the reform policy began. Even German companies produce in Vietnam.

Vietnam has also become a major hub for counterfeit products. Many of these products originally come from China and are transported from Vietnam to other countries.

E-commerce is spreading more and more in Vietnam, where the internet and social media play a major role.