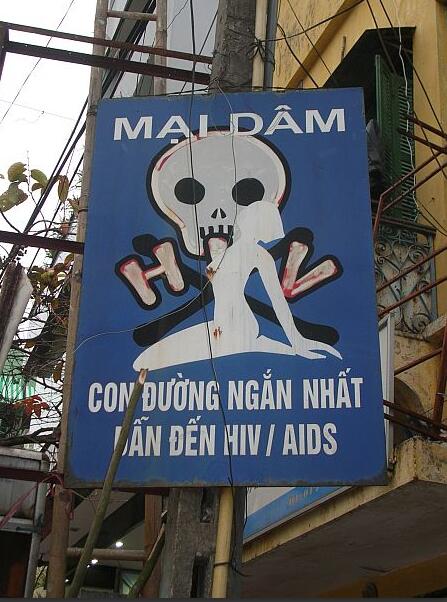 Traditional medicine, which is heavily influenced by Chinese medicine, is still widely used in Vietnam even though the demand for Western medicine has increased.

In the course of the reform policy, fundamental changes have also taken place in the health care system, with extreme commercialization in particular causing major problems. So is corruption in hospitals widespread. The origin of this can be found in a “traditional Confucian gift culture” that has materialized in an extreme way in recent years. However, the examples from other Confucian-influenced countries such as South Korea and Singapore show that culture is not static and that corruption can be contained.

Due to the now mandatory bribe payments, the treatment costs are too high for many poor people. Many nouveau riche, however, can afford medical treatment, for example in Singapore or in other neighboring countries with a modern health system.

According to payhelpcenter, AIDS is a particular health problem and is spreading more and more in Vietnam. Particularly with international support, Vietnam has made efforts to contain the further development of the disease.

Like many other countries, Vietnam was hit by the spreading coronavirus from the beginning of 2020. The Vietnamese government reacted immediately with drastic measures. The Vietnamese authorities suspended all flights to and from China at the beginning of February 2020. In addition, a health emergency was declared. On February 25, 2020, according to official information, all 16 people infected with the virus were cured and discharged from hospitals. However, the first corona case occurred at the beginning of March found in Hanoi. The affected district was immediately cordoned off. To contain the spread of the virus through improved hygiene, the Vietnamese Ministry of Health even used pop music. Overall, the Vietnamese government is taking a much more transparent course than the Chinese authorities and seems to have learned from the public relations disaster of 2016 when it tried to cover up an environmental disaster around the Formosa steel factory in north-central Vietnam. This is another reason why fighting the virus in Vietnam was very successful – also compared to other countries in the region.

After there had been no new corona cases in Vietnam for 99 days, new cases were found again in Danang at the end of July 2020. This made the largest city in Central Vietnam the new epicenter of the corona epidemic in Vietnam. At the beginning of September 2020 the situation in Danang was under control again; the Vietnamese authorities had also managed to contain the second wave.

Vietnam is still officially promoting the two-child family and very liberal abortion regulations. This and other factors have made Vietnam one of the countries with the highest abortion rate anywhere. According to statistics from 2014, around 40% of all pregnancies are terminated each year. In the meantime, it has also become clear that the proportion of boys among newborns is growing because primarily female fetuses are aborted. This imbalance birth rates in Vietnam have developed much faster than in other comparable countries and, if the current trend continues, it can lead to a clear surplus of men in the foreseeable future. At the same time, a trend towards the aging of Vietnamese society can be observed, which will pose new challenges for the social system. There are now in Vietnam against the background of declining birth rates and an increasing aging of society considerations, the two-child family policy give up. The fact that many Vietnamese are getting older nowadays is also associated with challenges for the social system and for the families themselves.

After most of the Vietnamese suffered from hunger and malnutrition before the reform policy began, a “feeding wave” has now broken out. The change in eating habits, such as the proliferation of fast food in the cities, has led to major health problems for many Vietnamese. For example, diabetes is clearly on the rise. According to the latest statistics, around 5.4% of all Vietnamese have diabetes. However, the causes of the rise in diabetes in Vietnam are controversial.

In the last few years, depression and suicides have expanded dramatically in Vietnam. Students who are under high pressure in the Confucian learning society are particularly affected.

With the Internet boom in Vietnam, a new disease has found its way: the “online game addiction”. To curb this, the government introduced a curfew for online gamers in March 2011.