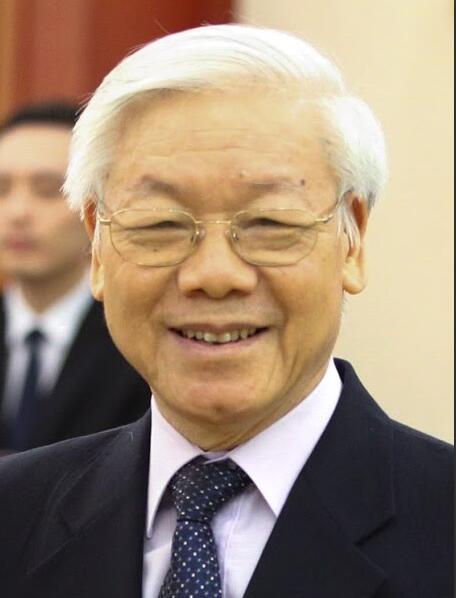 The Vietnamese National Assembly is elected every five years. It is no longer a mere acclamation organ as it was in the “pre-reform period” and has a certain control function. This was also evident in their rejection of a government bill to build a high-speed rail line from north to south. However, this does not mean that this project is “off the table”. The historic decision was also made possible because the project was also controversial within the Politburo and therefore no clear guidelines came from this highest party body.

In June 2011 the elections to the National Assembly took place – according to official figures with a voter turnout of 97%. All fourteen Politburo members were re-elected. A new moment, however, is that among the four self-appointed candidates who found their way into the National Assembly, there are also two siblings who are among the richest business people in the country.

In the future, all ministers are to face a vote of confidence by the National Assembly once a year. It remains to be seen whether this will actually lead to greater government control.

In response to the government’s call for proposals to amend the constitution in 2013, around 12,000 signatories responded with a petition calling for, among other things, the introduction of a multi-party system. In view of developments in Myanmar in recent years, the question arises whether and to what extent the Vietnamese leadership is ready for political reforms. First statements by the party leader Nguyen Phu Trong in February 2013, according to which petitions which, for example, question the leadership role of the CP of Vietnam (Article 4 of the old constitution) or call for a separation of powers, are an expression of “political, ideological and moral decline” indicates that the party’s willingness to reform is actually extremely limited.

Unsurprisingly, the new constitution, which was passed by the National Assembly in November 2013, not only confirmed the ” leading role of the party in state and society” but even expanded it.

At the 7th plenum of the CPV Central Committee in May 2013, Nguyen Ba Thanh, the head of the newly established “Central Commission for Internal Affairs”, was surprisingly not elected to the Politburo, which was also seen as the defeat of party leader Nguyen Phu Trong and criticism of his anti-corruption campaign can be rated. Instead, the deputy prime minister Nguyen Thien Nhan and the deputy chairman of the National Assembly Nguyen Thi Kim Ngan were elected to the highest party body.

In June 2013, members of the government and the leadership of the national assembly had to face a vote of confidence for the first time. The delegates could decide whether to give a minister “great trust”, “trust” or “little trust”.

At the 10th plenary session of the CP Vietnamese Central Committee in January 2015, the members of the Politburo also had to face the question of confidence within this body. Prime Minister Nguyen Tan Dung did well again. The novelty was not only that the vote of confidence had meanwhile also found its way into the Central Committee, but also that the (correct?) Results were published by a new Vietnamese-language website (“Portraits of Power”). Who is behind this website is unclear – in any case, it plays a major role with its true or untrue, but always spectacular publications about individual politicians in the run-up to the 12th Party Congress.

Before the party congress, which finally took place in January 2016, there was much to suggest that the incumbent Prime Minister Nguyen Tan Dung would succeed KP leader Nguyen Phu Trong. In the end, however, Nguyen Phu Trong was re-elected and Nguyen Tan Dung was not re-elected to the Central Committee. Overall, the party congress opted for continuity and stability – the military and the security apparatus are very numerically represented in the Central Committee and in the Politburo.

According to computerannals, the next party conference of the CP of Vietnam is planned for the beginning of 2021. The still incumbent Communist Party leader Nguyen Phu Trong will no longer stand for election for reasons of age, so that there will inevitably be a change of power – probably also for the post of prime minister, the state president and the chairman of the national assembly. One candidate for party leader would be Politburo member Tran Quoc Vuong, who made a name for himself as head of the party control commission in the anti-corruption campaign; another the current Prime Minister Nguyen Xuan Phuc. In September 2020 there was again speculation about the state of health of incumbent party leader Nguyen Phu Trong, who did not take part in the national holiday celebrations on September 2nd.

The year 2020 should actually be dominated by the preparation of the party congress, but Vietnam was also hit by the corona virus. However, the leadership in Hanoi seems to have taken early and drastic measures to contain the spread of the virus. The Communist Party of Vietnam presented the fight against the virus as a “war” and compliance with the restriction of freedom of movement as a patriotic act (“Staying at home means loving the fatherland”). Vietnamese politicians like the Deputy Prime Minister Vu Duc Dam, who is in charge of the fight against the coronavirus, almost enjoy hero status in Vietnam’s social media. Overall, the CP of Vietnam seems to have been strengthened to emerge from the “battle against the virus”. The party has gained legitimacy through the successful fight against the virus and the transparency that the leadership in Hanoi has shown. This is especially true for technocrats, less so for ideologues.