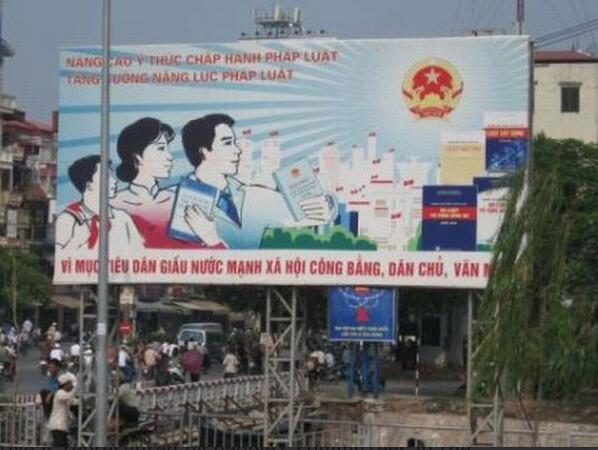 According to commit4fitness, Vietnam is a socialist state. The leadership of the Communist Party of Vietnam is enshrined in the constitution. Pluralism and formal opposition do not exist in Vietnam. However, the CP of Vietnam is no longer as homogeneous as it was before the reform policy began, ie different interest groups have emerged in the party and opposition comes – if at all – from its own ranks. More principled criticism has been made by some older retired party members.

In the last few years one can observe that the CP of Vietnam is withdrawing from the political “everyday business” and that the government is playing a bigger role. A separation of powers and a rule of law are only just beginning to exist, but certain progress can be seen.

Vietnam comprises a total of 59 provinces and five cities.

The executive is represented by people’s committees in the provinces, districts and village communities. There are also party committees at all administrative levels.

At the 12th Congress in January 2016, Nguyen Phu Trong was re-elected as General Secretary of the Communist Party. In doing so, he prevailed against the former Prime Minister Nguyen Tan Dung, who was also said to have ambitions for the post of party leader.

In April 2019, rumors surfaced on social media in Vietnam that Nguyen Phu Trong was seriously ill. It was not until about two weeks later that the Vietnamese Ministry of Foreign Affairs confirmed that he was indeed ill, but that he would be back to work soon. On May 3, 2019, Nguyen Phu Trong was supposed to be the chairman of the official funeral delegation at the memorial service for the former President Le Duc Anh in Ho Chi Minh City and thus appear in public for the first time since April 14, but also he did not appear on the occasion. The speculation only came to a temporary end in mid-May 2019 when pictures of a meeting of the party leadership chaired by Nguyen Phu Trong were published in the Vietnamese press. Since May, the party and state leader has hardly appeared in public and has not made a single visit abroad.

In April 2016, Nguyen Xuan Phuc was elected as the new Prime Minister of Vietnam. He is the successor to Nguyen Tan Dung and has held the post of Deputy Prime Minister since 2011. At the beginning of April 2016, the Vietnamese National Assembly elected Tran Dai Quang as the new President and successor to Truong Tan Sang. Tran Dai Quang is from North Vietnam and has been Minister of Public Security since 2011. He is seen as a possible successor to Nguyen Phu Trong, but due to a longer absence in 2017 and subsequently, there was repeated speculation about his health. After a serious illness, Tran Dai Quang died on September 21, 2018 in Hanoi, initially leaving a power vacuum.

At the beginning of October 2018, the Central Committee of the Communist Party of Vietnam nominated the party leader Nguyen Phu Trong as a candidate for the office of president. His election by the National Assembly and his swearing-in took place on October 23. With this, Nguyen Phu Trong holds the same posts as Xi Jinping in the People’s Republic of China, but does not yet have his full power.

Another possible candidate to succeed Nguyen Phu Trong, the party leader of Ho Chi Minh City Dinh La Thang, initially lost his seat in the Politburo in May 2017. He was then also replaced by Nguyen Thien Nhan as chairman of the Ho Chi Minh City Party Committee. Dinh La Thang was accused of grossly wrong decisions that he allegedly made during his time as director of the state-owned company PetroVietnam. In early 2018, he was sentenced to a long prison term. His fall is certainly also a sign of a power struggle behind the scenes.