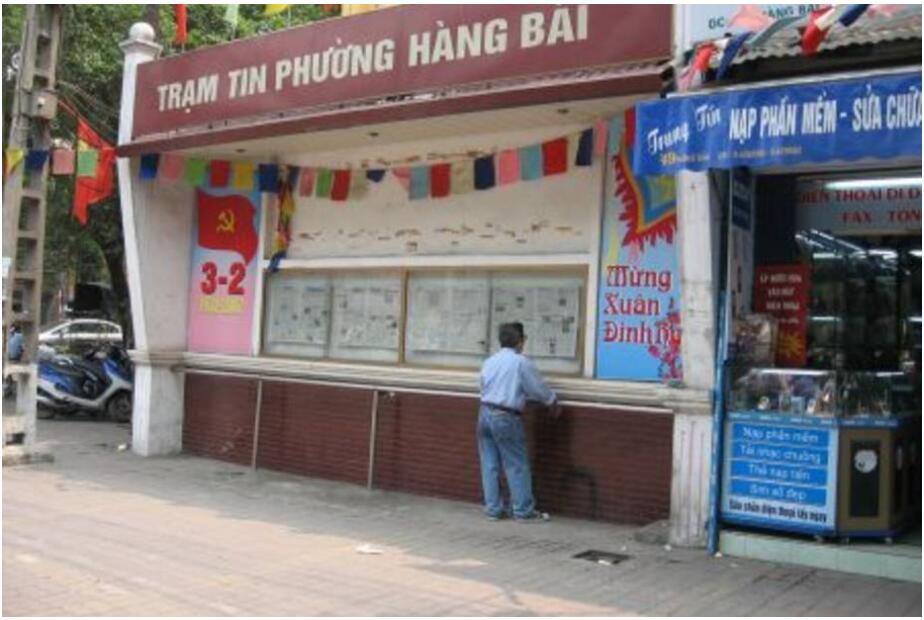 Overall, the cases of mass fish deaths and land disputes point to the increasing importance of blogs and other “social media” in political culture in Vietnam: although the Vietnamese authorities often use methods to control the Internet that have been used in the People’s Republic of China have been used for a long time, they are nowhere near as strict as with their big neighbor in the north. In fact, in recent years it has even been observed that blogs, in particular, initiate political discussions that are definitely noticed and in some cases taken up by the party.

At the end of December 2017, it became known that the Vietnamese security apparatus was using 10,000 “cyber activists” to combat “harmful information” on the Internet.

The actions of the security apparatus against critical bloggers continued in 2018. In January 2018, blogger Ho Van Hai was sentenced to four years in prison in Ho Chi Minh City for “anti-state propaganda”. In February 2018, the blogger Hoang Duc Binh, who reported on the mass fish deaths in central Vietnam, received a particularly harsh prison sentence of 14 years for “abuse of democratic rights” and “resistance to state authority”. On similar grounds, environmental activist Nguyen Ngoc Anh was sentenced to six years in prison in June 2019.

Pressure is even exerted on critical newspapers and bloggers abroad – in this case in Germany.

In June 2018, the National Assembly adopted a bill from the Ministry of Public Security, which provides for the storage of data (“data localization”) in Vietnam and also restricts the use of the Internet through a number of regulations. In the same month there were demonstrations in Vietnam, which were also directed against the “Cyber Security Law”. One reason for the demonstrations is that the government and party failed to adequately inform the population about the relevant legislative initiatives – and this with a significantly increased need for information of large parts of the Vietnamese population.

In October 2018, the well-known blogger “me Nam” was released early from custody – but on the condition (as with other bloggers before her) that she and her family leave for the USA immediately.

According to estatelearning, the Internet Control Act has been in force since 1.1.2019 and is being enforced. After a few days, official Vietnamese authorities accused Facebook of continuing to allow users to spread “anti-government ideas”. For Google and Facebook, Vietnam is now the largest market in Southeast Asia. The two companies are therefore trying on the one hand to represent their business interests in Vietnam and on the other hand to deal with the increased pressure from the Vietnamese security apparatus. However, there are some indications that Facebook is more and more acting in the interests of the Vietnamese authorities.

In the longer term, the Vietnamese government is also planning to use its own social media platforms in order to better control internet usage. According to plans by the Ministry of Information, half of the users should use local platforms by 2020, which, however, seems unrealistic. In its efforts to strengthen control of the Internet, Vietnam is following the example of the People’s Republic of China in many areas.

The extent to which the media in Vietnam is still subject to state control was shown at the summit between US President Trump and the “Supreme Leader” of North Korea, Kim Jong Un, in Hanoi in February 2019. When reporting, the journalists had to adhere to the requirement that they only report positive news about Vietnam and abstain from any negative characterization of Kim Jong Un.

In the course of 2019, a number of bloggers were arrested and some were sentenced to long prison terms. In November, for example, the security authorities arrested Pham Chi Dung, one of the best-known bloggers and founder of the independent Vietnamese journalists’ association.

The arrest of bloggers and subsequent sentencing to long prison terms continued in the 2020th In addition, it became known that Vietnamese dissidents living in Germany have been the target of Vietnamese hacker groups.

When the well-known AQI (Air Quality Index) app listed Hanoi and Ho Chi Minh City as the cities with the world’s worst air quality in October 2019, the Vietnamese media tried to question the app’s credibility and manipulate it.

The Vietnamese television landscape has also changed significantly in recent years. Many international TV formats have been adopted by Vietnamese television. One of the most famous programs is the show “Vietnam Idol” – an adaptation of the US casting show “American Idol”.

A typical Vietnamese TV format is a show that is always broadcast at the end of the year shortly before the Vietnamese New Year celebrations and in which the problems of the previous year are discussed in a humorous way. However, this program is censored.

Foreign TV channels are broadcast in Vietnam, but with a 30-minute delay for better control by the security apparatus. After a new, more rigid law came into force in May 2013, a Vietnamese television satellite has already stopped broadcasting foreign TV programs such as CNN and the BBC. According to the new guidelines, the programs are to be translated into Vietnamese by a Vietnamese authority before being broadcast. 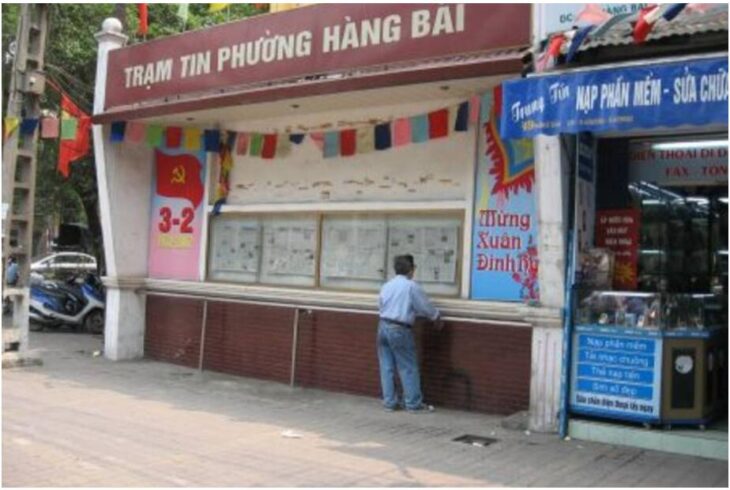 Newspapers: A number of Vietnamese

newspapers are now available online. Here is a selection: