Vietnam Relations with China Part I 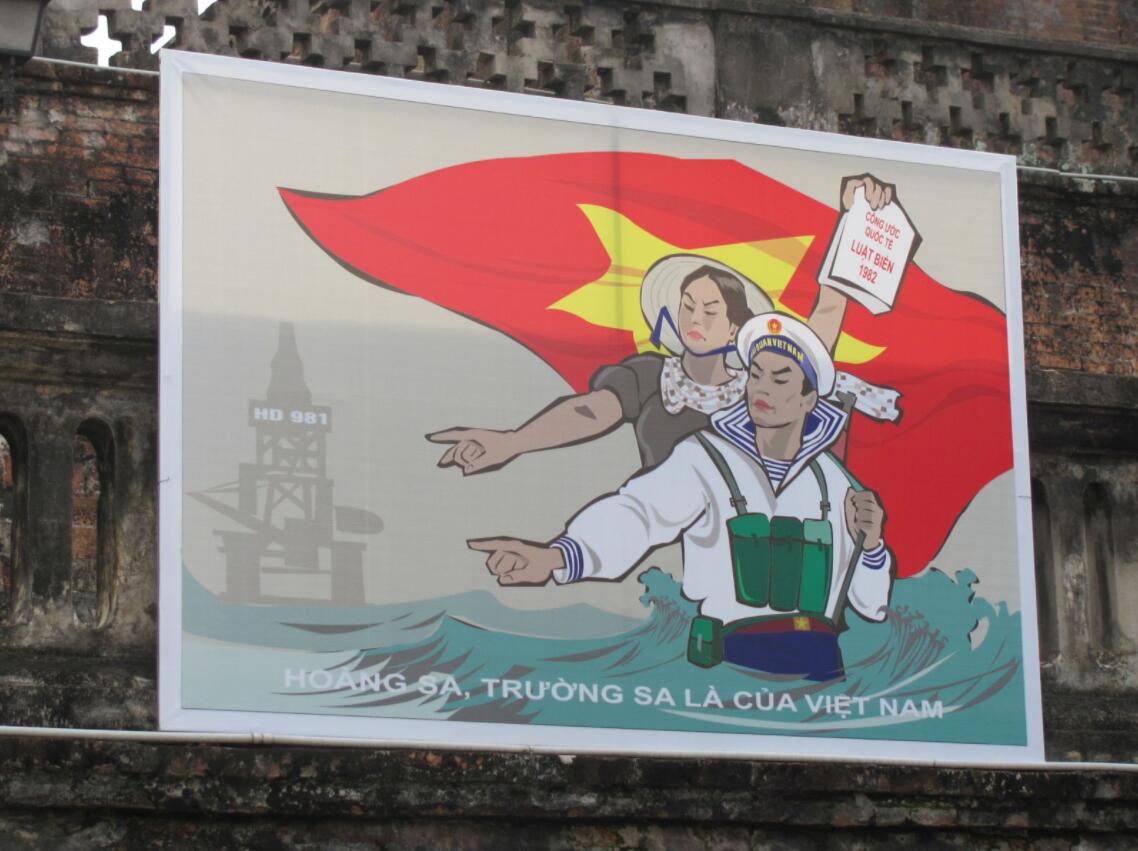 Relations with China, the big neighbor to the north, have continued to develop since the early 1990’s. The economic relations between the two countries are very close, but Vietnam has a massive trade deficit with China.

The year 2010 was proclaimed by both sides as a joint “year of friendship”. The fact that mutual relations are still strained is shown by the discussion about the large-scale mining of bauxite in the central highlands, for which a Chinese company was awarded the contract by the Vietnamese government. In addition to the environmental threats this project poses, critics have also warned that the long-term presence of thousands of Chinese workers in Vietnam would amount to a “Chinese invasion”.

In addition, the Chinese side has recently been increasingly trying to make its territorial claims on the archipelagos in the South China Sea clear and – like the Vietnamese side – to underpin them historically, although modern ideas of sovereignty and fixed borders are projected back into the past. On the one hand, China regularly detains Vietnamese fishermen on charges of violating Chinese territory. The Vietnamese side then demands the immediate release of the fishermen. On the other hand, there was a new incident in June 2011 when a Chinese patrol boat rammed the cables of a Vietnamese ship that wanted to explore oil and gas deposits around 600 km south of the Chinese island of Hainan. Hanoi responded to this Chinese action with a sharp protest note, and tensions between the two sides continue to increase. In both Hanoi and Ho Chi Minh City there were demonstrations against Chinese politics in the South China Sea, which were obviously not initiated by the Vietnamese government, but were tacitly tolerated.

According to extrareference, Anti-Chinese resentments have long been voiced on many Vietnamese blogs. The Vietnamese government can try to move ASEAN to a common line on the question of the disputed archipelagos in order to put China, a superpower that is increasingly self-confident, in its place. Outwardly, the Vietnamese government maintains the facade of friendly relations with its neighbors in the north. In October 2011, during a visit by Vietnamese party leader Nguyen Phu Trong to Beijing, both sides agreed to set up a “hotline” and negotiate the territorial disputes. How this agreement works in practice remains to be seen.

At the same time, Vietnam is making efforts to intensify foreign policy and military activities in the South, Southeast and East Asian regions and to modernize its armed forces. In August 2011, Vietnam received a second warship from Russia. At the beginning of 2012, a warship from our own production was also put into service. Vietnam is also trying to strengthen its claims to sovereignty through symbolic gestures: In March 2012, for example, some Buddhist monks were sent to the Spratly Islands to rebuild old Vietnamese pagodas. Vietnam also strengthened relations with Myanmar, which also has a tense relationship with its large neighbor in the north, China.

Overall, however, Hanoi is not following a clear course with regard to the territorial disputes in the South China Sea. In mid-October 2011, for example, Vietnam granted India rights to explore oil, thus bringing another great power onto the scene, which will only complicate the already tense situation. Vietnam and India also intensified military cooperation – for example, Hanoi received a generous loan from India to purchase new weapons.

However, in mid-2012 there were signs that the situation is tense again. The Vietnamese Ministry of Foreign Affairs responded to the offer of the Chinese government to foreign oil companies to examine an area in the South China Sea for oil deposits with a protest note. At the same time, the Chinese side protested against a maritime law passed by the Vietnamese National Assembly in June 2012, which reinforced the Vietnamese claims to the Spratlys and Paracels. Against this background, anti-Chinese demonstrations took place again for the first time on July 1, 2012 in Hanoi and Ho Chi Minh City. However, after participants were visited at home by representatives of Vietnamese mass organizations, the demonstrations subsided.

The meeting of ASEAN foreign ministers in Phnom Penh in July 2012 ended for the first time in the history of ASEAN without a joint communiqué, as the host Cambodia refused to include the conflict in the South China Sea in the paper, also under massive pressure from China. This means that a common line of the Southeast Asian community of states on this question, in which Vietnam is particularly interested, has moved a long way off. 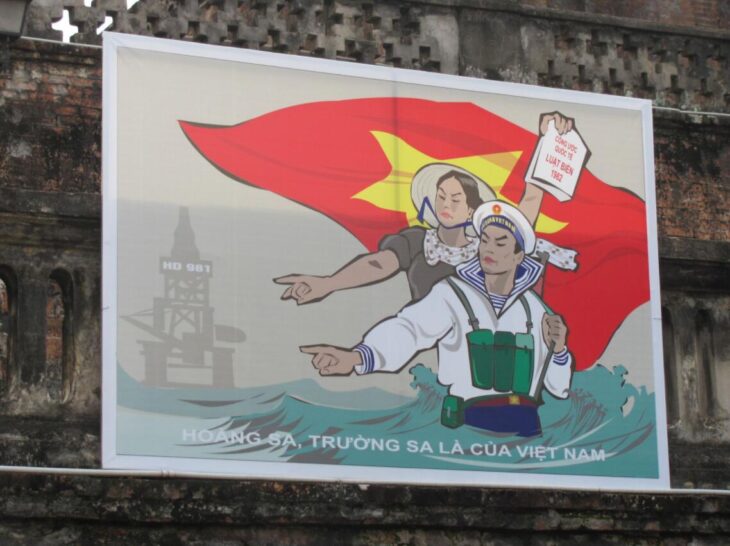